A tradition of excellence

WELL BILT Industries has been a leader in the hangar door and operator industry for nearly 40 years! We have grown over the years from a one-product company, exclusive to the Airport Hangar market, to a multi-product company now including the Marina, Industrial and Storage Warehouse markets.

We are dedicated to maintaining superior quality of design, engineering and overall product integrity. Many design features exclusive to WELL BILT Industries were awarded U.S. Patents. WELL BILT Industries has also qualified and obtained UL-Listing for many of their products. Adding to the company’s U.S. Patents and UL-Listing, and received a Miami-Dade County Certificate of Competency as a Hangar Door Manufacturer.

Whether your project calls for a Bifold Door System, a Rolling Door System, a Hydra-Eze® Hydraulic Door System or a Hercul-Eze® Door Operator, the experienced staff at WELL BILT Industries is always available to work directly with architects, engineers, general contractors and building manufacturers.

We look forward to the opportunity to design and manufacture a custom steel door system best suited for your facility.

get a free quote
have a question?

“Providing a safe work place for everyone is our primary concern at WELL BILT. Clients and employee’s alike benefit from WELL BILT’s proven commitment to safety. We firmly believe that a safe work place is the key to operational excellence while eliminating unnecessary injuries and property damage. Our philosophy is to never let up in our safety efforts and work toward achieving our best every day.” 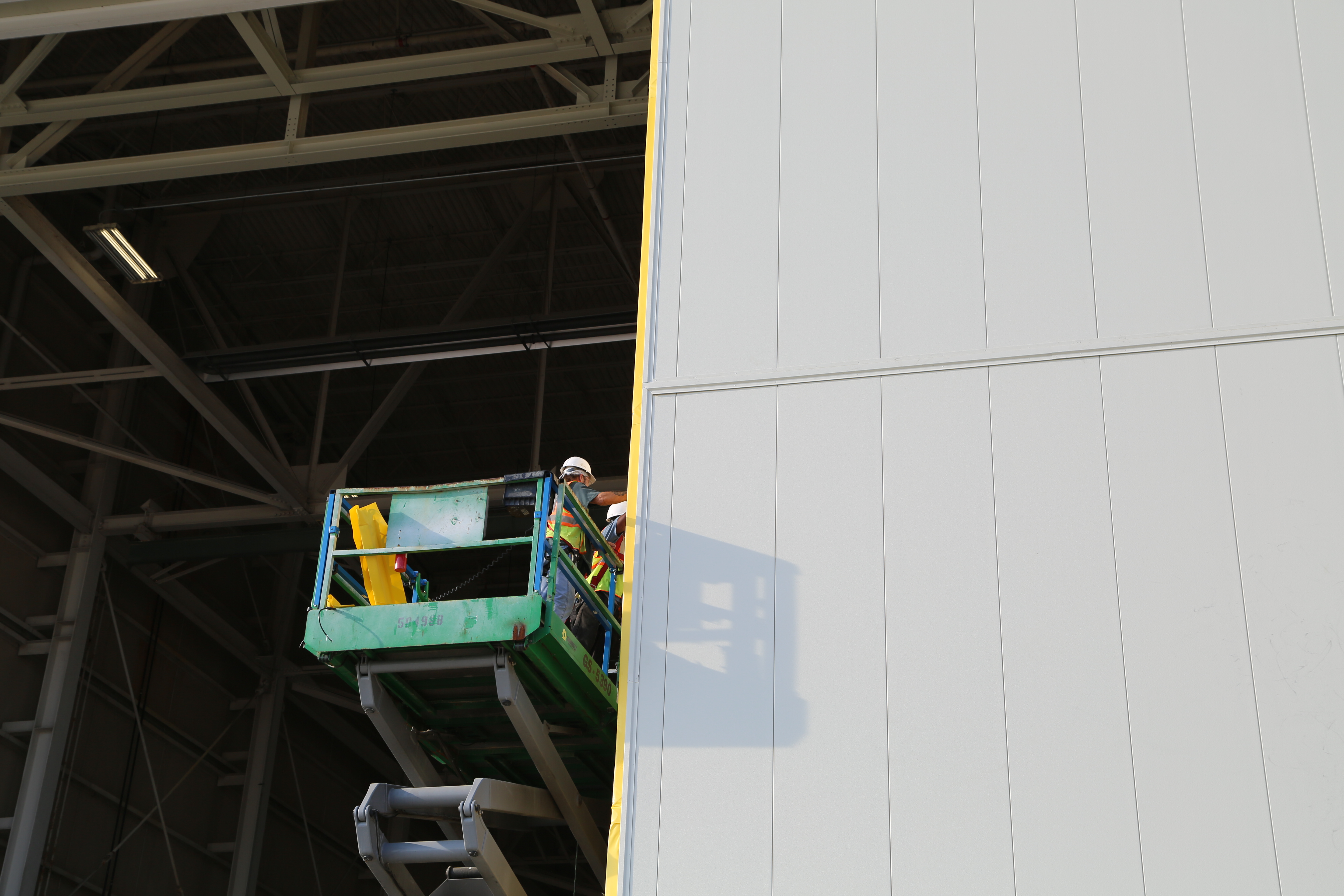 When necessary, due to constant Research & Development, all component upgrades to both our Bi-Fold Door System and our Hercul-Eze Operators are submitted, inspected and approved by Underwriters Laboratories in order to keep our UL-LISTINGS current.

Please feel free to discuss our UL-LISTED products with us to see if they are required to meet the specifications of your project.

Underwriters Laboratories approved products enhance the overall value of your facility and add piece of mind. A Well Bilt Industries UL-LISTED Bi-Fold Door System or Hercul-Eze Operator has been tested and approved by a world-wide organization dedicated to customer safety.

WELL BILT’S origins date back into 1980 when Michael Bilt developed a Hangar Door Operator that was small enough to fit into the pocket of the door.

Mike’s novel and inventive designs earned him two utility patents for the Hercul-Eze® Hangar door operators. In 1989 the company was relocated to Williston, Florida from Pompano Beach Airpark. This move to Williston proved to be beneficial for the company for shipping as well as its location on the Williston Municipal Airport.

Over the years WELL BILT has continued to innovate the industry of hangar doors, from improving it’s rolling steel doors to designing and building the Hydra-Eze hydraulic door system.

If you can dream it,
we can build it.